Note: Unfortunately this Restaurant has closed in September 2022. This pandemic has taken a toll on many good restaurants.

Take a little trip over to east Highway 70 in Las Cruces and feel like you are in Mexico eating at a popular taqueria. The owner of Taqueria Las Catrinas, Paloma Berger, is originally from Ciudad Juárez.

According to the Las Cruces Sun News article posted on the wall, Paloma’s uncles have a popular Taqueria Las Gordas in Central Mexico, so owning a taqueria runs in the family. And before opening Taqueria Las Catrinas Paloma and her husband visited her uncles to learn their secrets to success and their recipes. 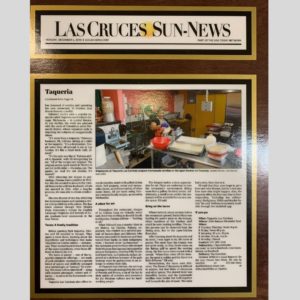 Okay so I will confess, I had not actually heard of Taqueria Las Catrinas till this week, and let me share with you how I found it. I had watched a really interesting show in Netflix called the “Taco Chronicles”. It is a new Netflix cuisine documentary series that follows the sounds and smells of sizzling meat around Mexico, exploring six various types of tacos, their ingredients, cooking methods, and top chefs. Each episode also delves into the history of the individual dishes, exposing both indigenous and immigrant-origin stories, but most often a mix of both.

Taco Chronicles’ first episode, on the al pastor taco, exemplifies the fusion of influences at the heart of these beloved Mexican meals. “The best foods in the world are spaghetti and al pastor tacos,” a girl wearing catrina makeup adds.

They shared that the al pastor taco has roots back to the Anatolian peninsula, putting it in the same culinary family as shawarma and doner kebab. The Mexican variety can be traced back to Lebanese groups who settled in Puebla after immigration from the Ottoman Empire through the ports of Veracruz. Second and third-generation Lebanese Mexicans began selling a hybrid of shawarma and tacos, with tacos al pastor gaining popularity in the mid-20th century by replacing the vertical spit of lamb meat with pork.

Okay after watching this show I asked around town and little and wasn’t successful in finding any Al Pastor tacos but I really didn’t know what to ask for at the time. Then I just happened upon this ad in a local FB foodies group…. 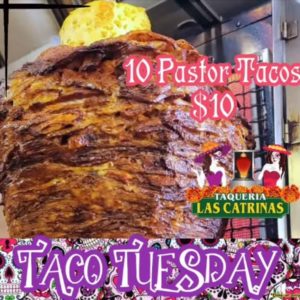 As soon as I realized what it was I told Barbara, “hey let’s go to a restaurant that we haven’t been to before for their Taco Tuesday Special, they have those spit grilled tacos like we watched on the Netflix show recently”.  As fate would have it this last Tuesday happened to be a really nasty windy day, so windy and dusty that you couldn’t even see the Organ mountains. We were not deterred in our mission! I will just share that it was worth all of the effort to brave the elements so that we could try Al Pastor tacos for the first time. 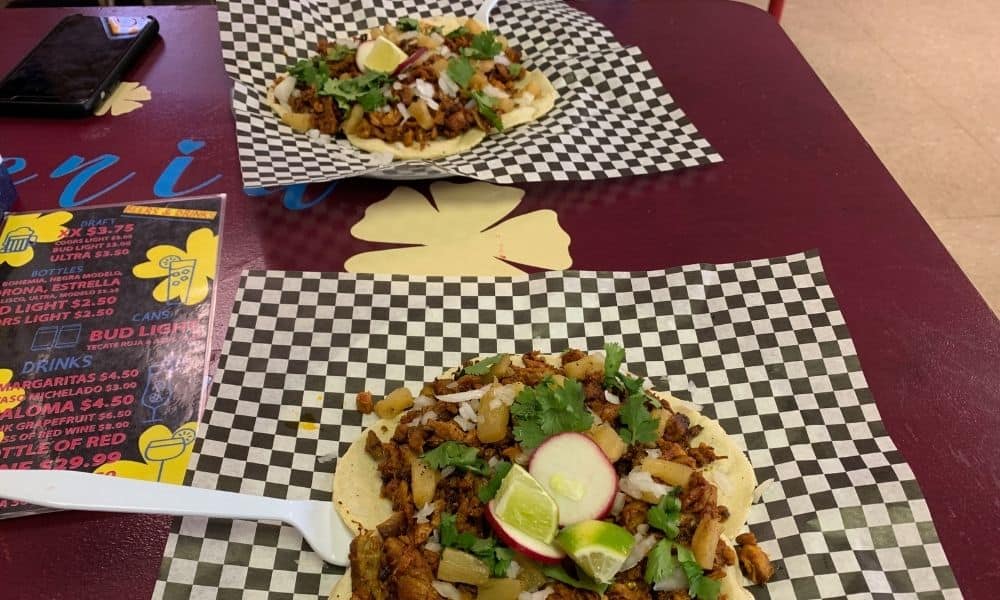 We ordered the Taco Tuesday Special which was 10 Al Pastor Tacos for $10 and we weren’t sure how many we could eat so we split the order. So glad we did because five tacos was plenty for each of us. They were happy to split the order for us so that was really nice. 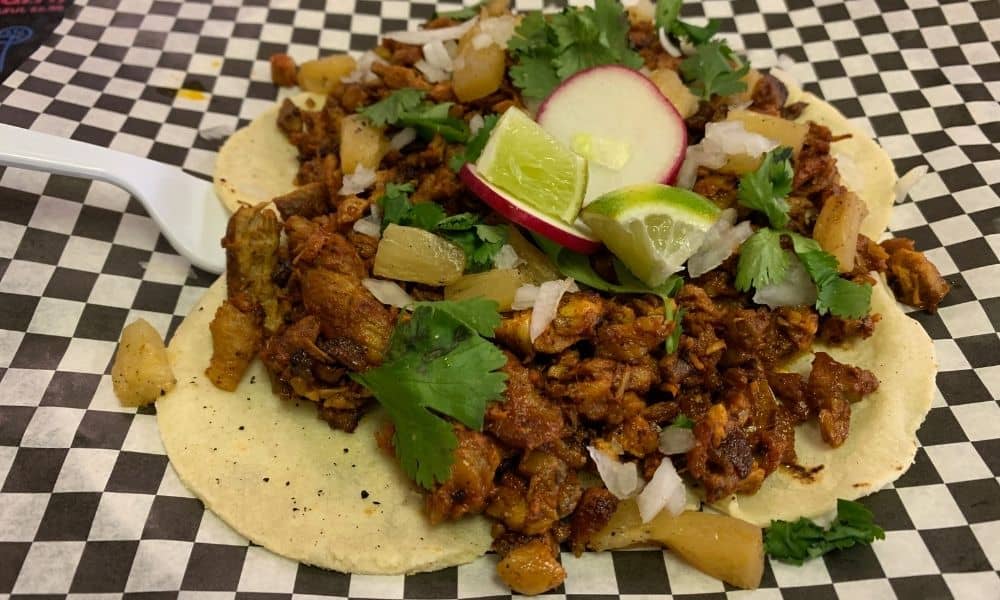 If you look closely you will see the marinated pork along with chunks of pineapple plus a little bit of raw onion and some cilantro. Looking at this I told Barb “I don’t know where to start” and she said “just like this….chomp chomp… a taco bit the dust” LOL. Well needless to say I figured it out and it wasn’t long before my plate was devoured. The only thing missing from these photos is the avocado sauce and red salsa that they brought us later. We loved both of these sauces on the tacos.

Hey we love our tacos and this was a real treat for us to experience the al pastor tacos here for the first time. We will definitely be going back. 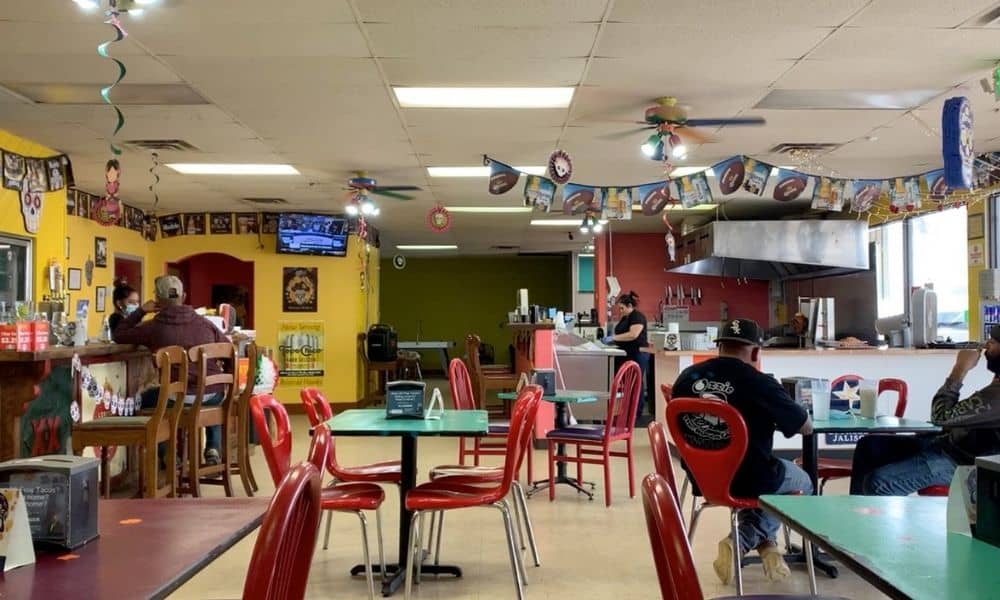 By the time we got to the restaurant, it was 1:30 pm so it wasn’t very busy and that was perfectly fine for us with Covid and everything. 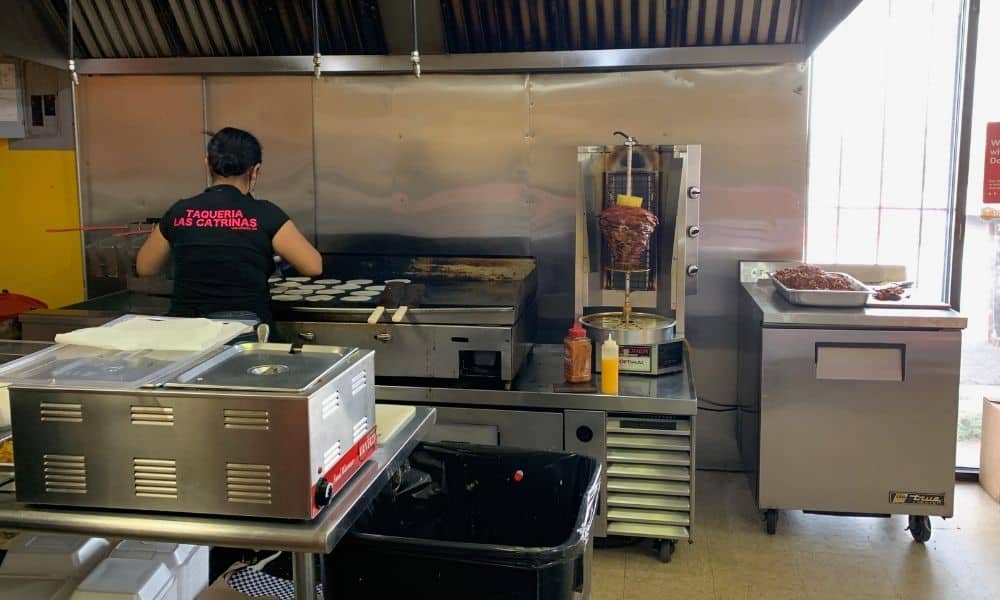 The kitchen and cooks are on full display as they are making your food, how cool is that? 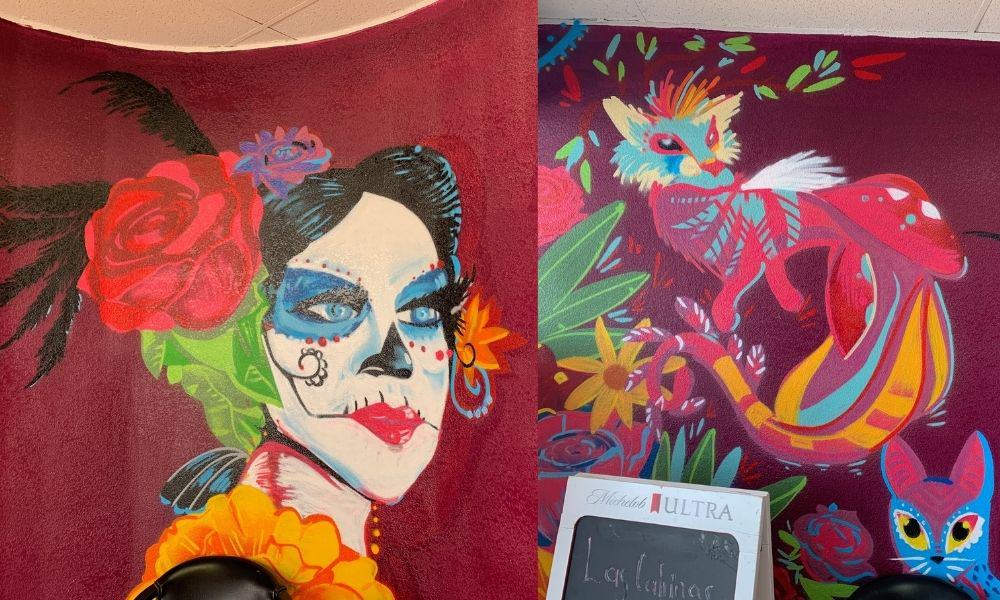 Some of their art in the entrance. 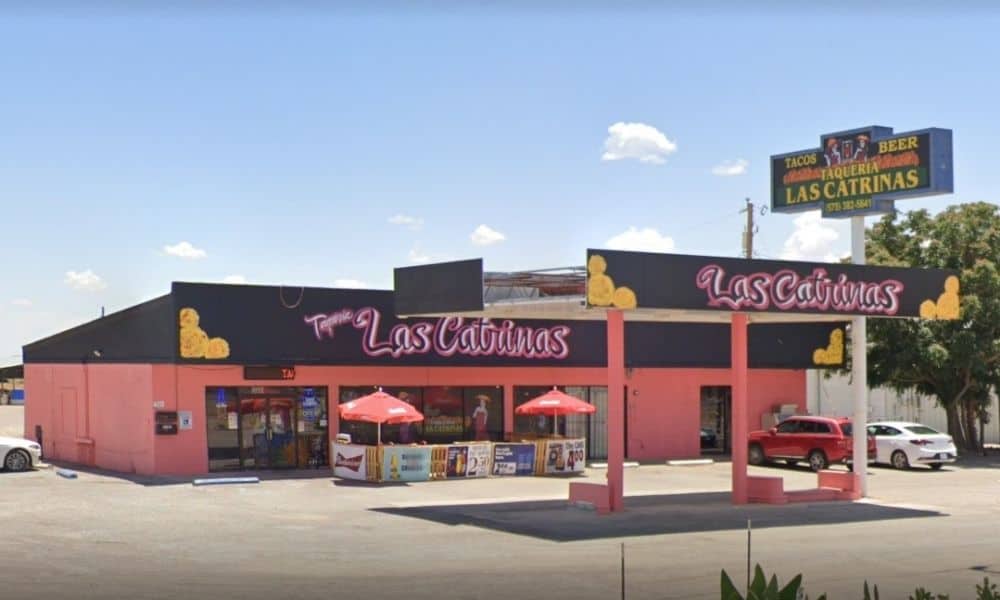 For more information on Taqueria Las Catrinas and their hours of operation visit our listing for them here:

You can also leave a review for them. Let us know how you like Taqueria Las Catrinas.

PS. If you have a restaurant or business that you would like us to do a review on reach out and let me know by using the chat or email widget in the bottom right.

I think that many people are surprised to see vineyards in New Mexico, but did you know that winemaking in New Mexico has a long and varied history? In fact, the first vineyards established in the United States were planted by Spanish Monks along the Don Juan de Oñate Trail most likely near present-day San… 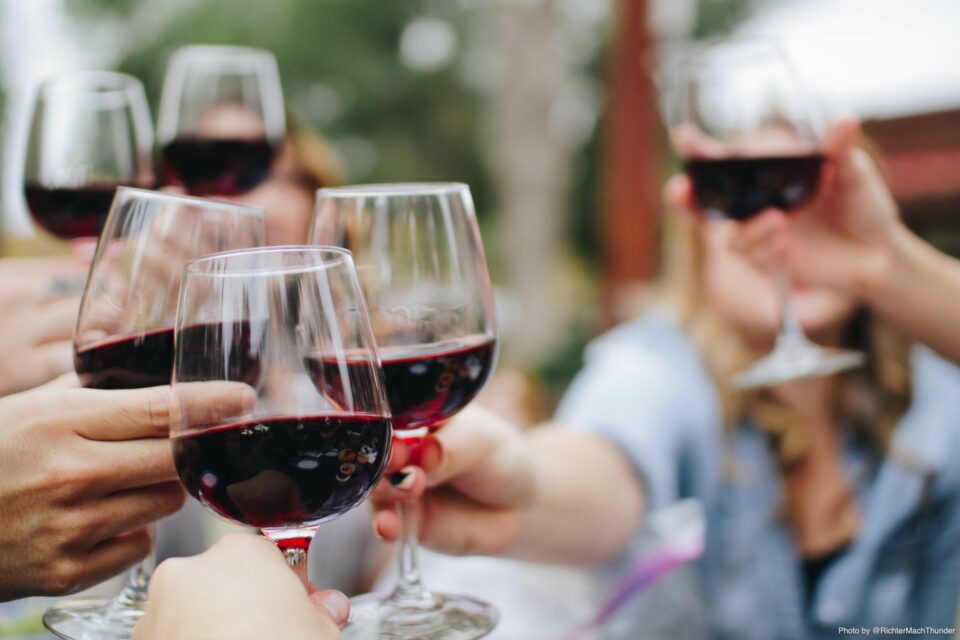 Let's face it Las Cruces has mostly Mexican food restaurants no doubt. So what if you want something different? How about some Italian food for a change. But you can bet that many will have some dishes with a southwest flair and even maybe incorporate some green or red chile in them. 😀 🌶. Note:…