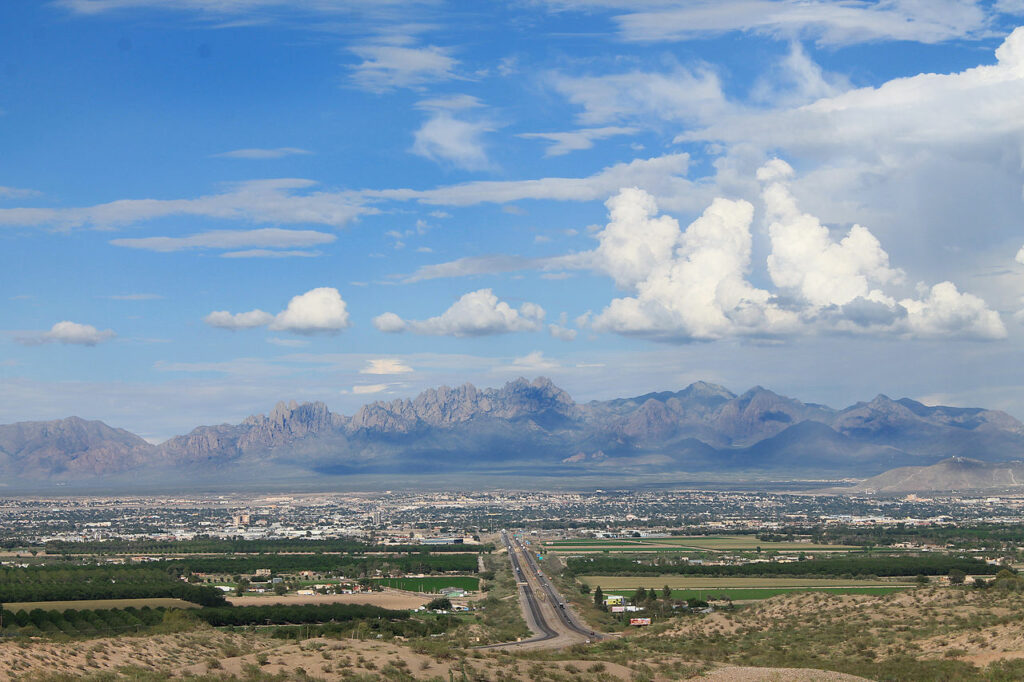 Las Cruces, also known as “The City of the Crosses”, is the county seat of Doña Ana County, New Mexico, United States.

Population As of 2014, the population is 101,408 making it the second-largest city in the state, after Albuquerque. Las Cruces is the largest city in both Doña Ana County and southern New Mexico.

It is the principal city of a metropolitan statistical area that encompasses all of Doña Ana County and is part of the larger El Paso–Las Cruces combined statistical area.

Las Cruces is the economic and geographic center of the fertile Mesilla Valley, which is the agricultural region on the flood plain of the Rio Grande which extends from Hatch to the west side of El Paso, Texas.

The city’s major employer is the federal government on the nearby White Sands Test Facility and White Sands Missile Range.

The Organ Mountains, ten miles to the east, dominate the city’s landscape, along with the Doña Ana Mountains, Robledo Mountains, and Picacho Peak.

What is the Elevation of Las Cruces?

The approximate elevation of Las Cruces is 3908′ above sea level. And compared to Phoenix AZ, which is at about 1000′ elevation, Las Cruces may get hot during the summer months but because of the higher elevation, it will cool off more in the evenings.

What is the Climate and Weather like in Las Cruces?

Below is a chart showing average temps in Las Cruces. We get over 300 days of sunshine a year so if you love the sun you are going to love Las Cruces.

It can and does snow occasionally here but it doesn’t snow much and then doesn’t stay long. And it can get hotter than 95 degrees in the summer at times but with the very low humidity, you just tend to get used to it.

As a friend once told me “you have 3 pretty hot months in the summer but they aren’t bad after you get used to it and you have a few windy months in the spring and fall but you end up with 7 months of absolutely gorgeous weather.

What is the Hottest Month in Las Cruces?

July is typically the hottest month but there are just over 3 months of the hottest weather of the year. You get through these 3 months and the rest of the year is beautiful weather. So if you are coming from a place that has a long winter you just traded 6-7 months of shoveling snow for 7-8 months of awesome weather.

What is the Wettest Month in Las Cruces?

You could say that August is typically the wettest month in Las Cruces. The annual rainfall is approximately 10 inches.

Does it Snow in Las Cruces?

Yes, usually every year we get snow a couple of times. The annual snowfall is only about 2-3″ total but with the changes in the weather we can get more at times, but it melts quickly.

What are the Las Cruces Zip Codes?

Where is Las Cruces Farmers Market?

The Las Cruces Farmers and Crafts Market is held in downtown Las Cruces on 7 blocks right on Main Street on Saturdays and a smaller area on Wednesdays near the Plaza de Las Cruces. Learn more about the Farmers & Crafts Market

Does Las Cruces have an Airport?

Yes and it is the Las Cruces International Airport and is a city-owned, public airport located nine miles west of the central business district of Las Cruces.

The closest major airport is the El Paso International Airport which is located about 53 miles or 1 hour from downtown Las Cruces.

What Museums are in Las Cruces?

There are a dozen or so museums plus a large number of art galleries totaling 50 or more. Here is a list of the main Museums.

Where is Plaza de Las Cruces?

It is located in downtown Las Cruces on North Main Street. Las Cruces Civic Plaza Downtown is a community plaza established for citizens to use as a gathering place and for event organizers to use for special events.

When and Where is the State Fair in Las Cruces?

The Southern New Mexico State Fair in Las Cruces is usually held at the end of September and first of August. For current dates and times visit their Website or Facebook page.

Where is Las Cruces New Mexico on the Map? 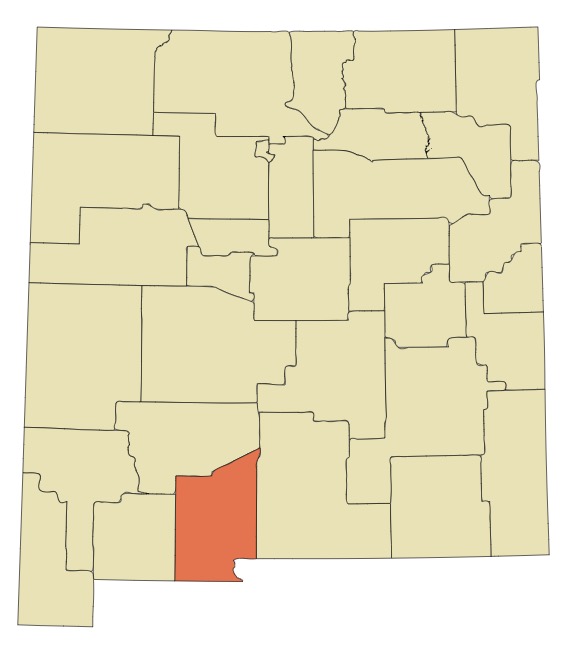 A Map of Las Cruces